Imagination is everything. It is the preview of life’s coming attractions. 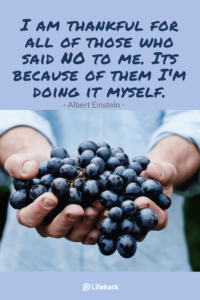 I must be willing to give up what I am in order to become what I will be.

It’s not that I’m so smart, it’s just that I stay with problems longer.

I believe that a simple and unassuming manner of life is best for everyone, best both for the body and the mind.

The gift of fantasy has meant more to me than my talent for absorbing positive knowledge. 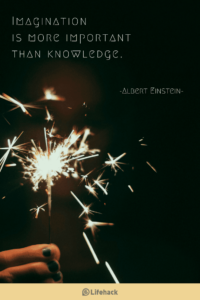 He who can no longer pause to wonder and stand rapt in awe is as good as dead; his eyes are closed. 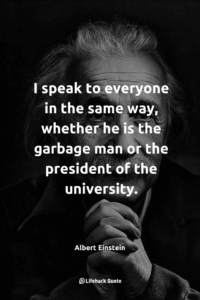 Everything should be made as simple as possible. 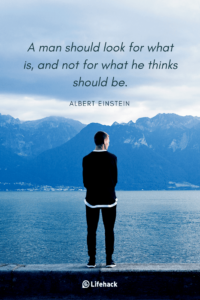 All religions, arts and sciences are branches of the same tree.

Only a life lived for others is a life worthwhile. 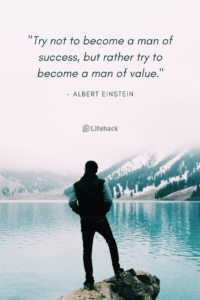 It is the supreme art of the teacher to awaken joy in creative expression and knowledge.

As far as I’m concerned, I prefer silent vice to ostentatious virtue. 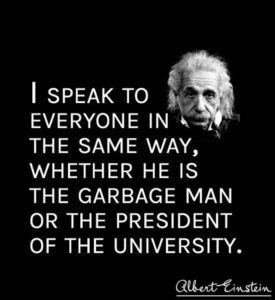 If you can’t explain it simply, you don’t understand it well enough.

Mankind invented the atomic bomb, but no mouse would ever construct a mousetrap. 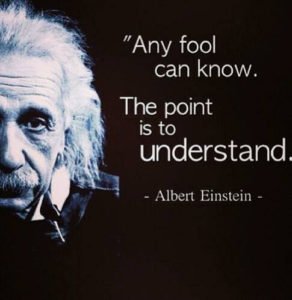 Man usually avoids attributing cleverness to somebody else, unless it is an enemy. 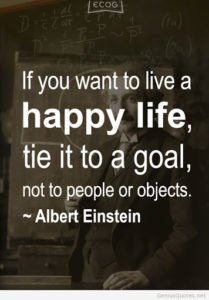 Whoever is careless with the truth in small matters cannot be trusted with important matters.

I soon learned to scent out what was able to lead to fundamentals and to turn aside from everything else, from the multitude of things that clutter up the mind.

A new idea comes suddenly and in a rather intuitive way, but intuition is nothing but the outcome of earlier intellectual experience.

Anyone who doesn’t take truth seriously in small matters cannot be trusted in large ones either.

Education is what remains after one has forgotten everything he learned in school.

The fear of death is the most unjustified of all fears, for there’s no risk of accident for someone who’s dead.

There comes a time when the mind takes a higher plane of knowledge but can never prove how it got there.

We cannot solve our problems with the same thinking we used when we created them.

I think and think for months and years. Ninety-nine times, the conclusion is false. The hundredth time I am right.

Never give up on what you really want to do. The person with big dreams is more powerful than the one with all the facts.