C. S. Lewis is one of the most quoted authors on Twitter. On the anniversary of his birthday, Nov. 29, we’ve decided to celebrate his life by sharing of the top C.S. Lewis quotes.Looking for the best C.S. Lewis quotes? We’ve compiled a list of top 70 inspirational and wise C.S. Lewis quotes and sayings (with images).

In our own case we accept excuses too easily; in other people’s, we do not accept them easily enough. 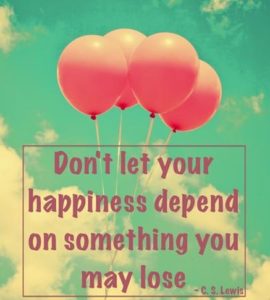 It is not your business to succeed, but to do right; when you have done so, the rest lies with God.

Don’t let your happiness depend on something you may lose.

I believe in Christianity as I believe that the sun has risen – not only because I see it, but because by it I see everything else.

We’re not doubting that God will do the best for us; we’re wondering how painful the best will turn out to be.

If you want a religion to make you feel really comfortable, I certainly don’t recommend Christianity.

You are never too old to set another goal or to dream a new dream. 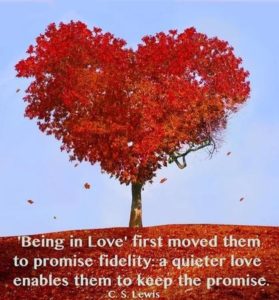 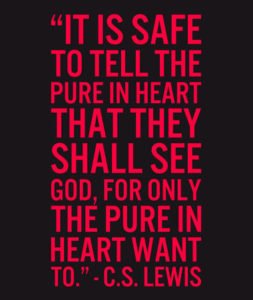 The Son of God became a man to enable men to become sons of God. 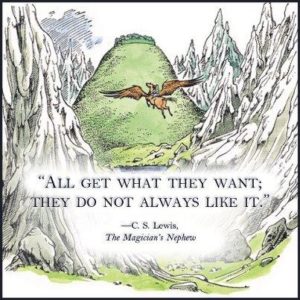 There would be no sense in saying you trusted Jesus if you would not take his advice.

God intends to give us what we need, not what we now think we want. 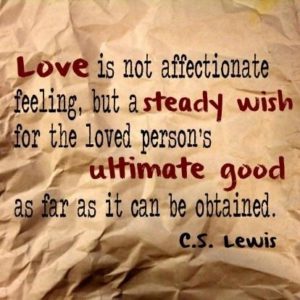 Human history is the long terrible story of man trying to find something other than God which will make him happy.

God allows us to experience the low points of life in order to teach us lessons that we could learn in no other way.

Someday you will be old enough to start reading fairy tales again.

We regard God as an airman regards his parachute; it’s there for emergencies, but he hopes he’ll never have to use it.

The heart never takes the place of the head: but it can, and should, obey it.

Love is not affectionate feeling, but a steady wish for the loved person’s ultimate good as far as it can be obtained. 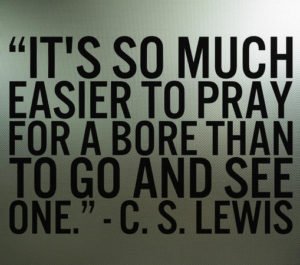 You must ask for God’s help. After each failure, ask forgiveness, pick yourself up, and try again.

Faith is the art of holding on to things your reason has once accepted in spite of your changing moods.

If you’re thinking of becoming a Christian, I warn you, you’re embarking on something, which will take the whole of you. 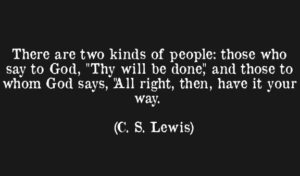 If God had granted all the silly prayers I’ve made in my life, where should I be now?

If God forgives us we must forgive ourselves otherwise its like setting up ourselves as a higher tribunal than him.

Everyone says forgiveness is a lovely idea, until they have something to forgive. 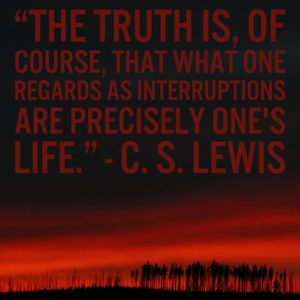 Once in our world, a stable had something in it that was bigger than our whole world.

Relying on God has to begin all over again every day as if nothing had yet been done.

What draws people to be friends is that they see the same truth. They share it.

God, who foresaw your tribulation, has specially armed you to go through it, not without pain but without stain.

Friendship is born at that moment when one person says to another: “What! You too? I thought I was the only one.

The sun looks down on nothing half so good as a household laughing together over a meal.

Isn’t it funny how day by day nothing changes, but when you look back, everything is different…

The terrible thing, the almost impossible thing, is to hand over your whole self – all your wishes and precautions – to Christ.